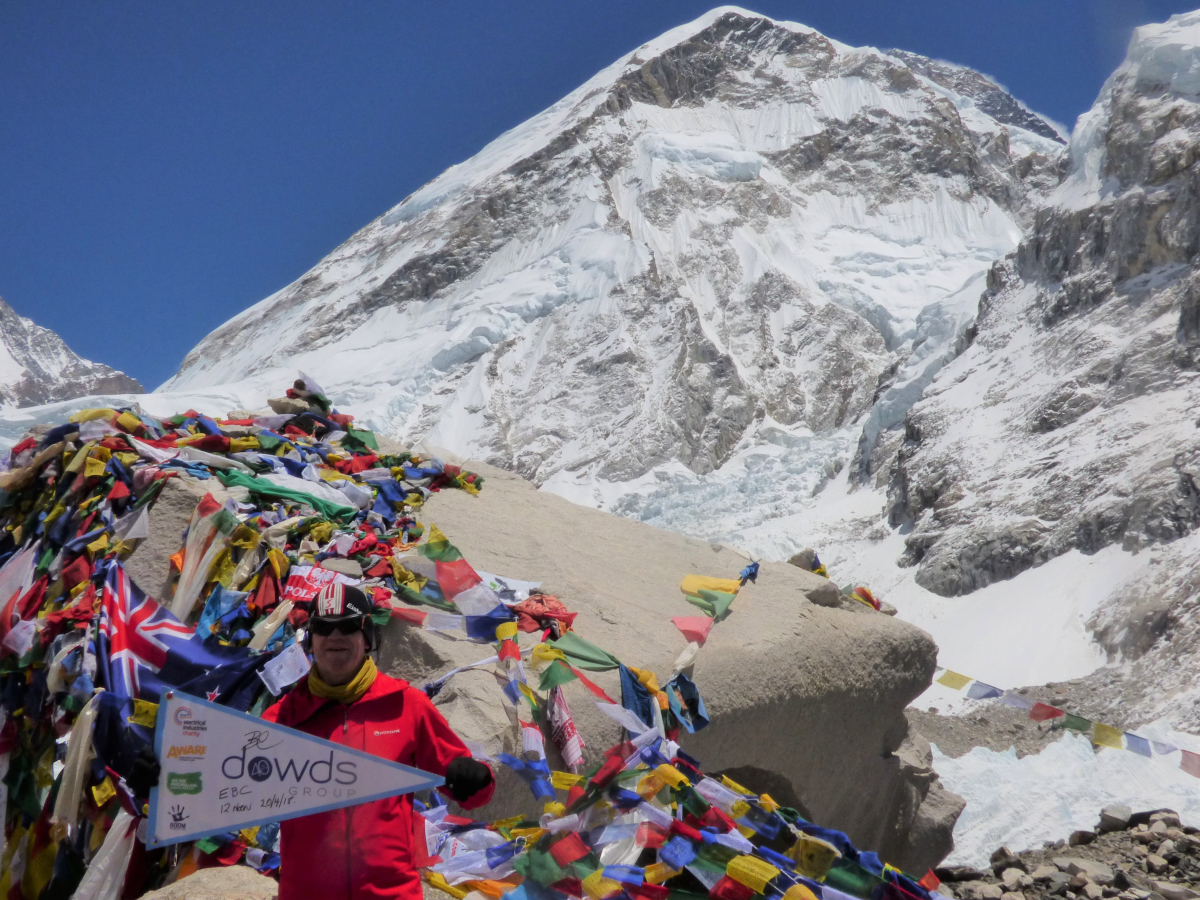 We are delighted to announce that after 9 long, hard days of trekking in aid of our ’40 for Forty’ campaign, on Friday 20th April 2018 at 12 noon – ÓGIE MADE IT TO EVEREST BASE CAMP!!!

On Day 7 Ógie reached Lobuche at 16109 feet 4910m, they visited Chukpo Lari which holds a beautiful tribute of memorials to those climbers who have died on Everest. The day then ended with an acclimatisation walk up to above 5000m. Ógie began trekking on Day 8 from Lobuche to Gorakshep, en route he was surrounded by amazing scenery of 4 of the world’s highest peaks and across the lower part of the Khumbu Glacier where he got his first view of Base Camp in the distance. Ógie reached the summit of Kala Patthar on this day which is 18,560 feet from Gorakshep, this part of the trek itself took 4 and a half hours!

Day 9 – Friday 20th April arrived which was momentous for Ógie! As there are no lodges on route from Gorakshep, he & the expedition team stopped to fill their water bottles and take some snacks before their venture to Base Camp! Ascending alongside the Khumbu Glacier for a few hours he then descended onto the rocky glacial moraine itself and ventured along the trail through fascinating ice seracs to arrive at Everest Base Camp!!!

We are over the moon for Brian and very proud of all the dedication he has put into this individual challenge! But it isn’t over yet as he still has a few tough days ahead to descend back to Lukla so don’t forget you can still donate towards Ógie’s challenge in aid of our ’40 for Forty’ campaign at:  https://uk.virginmoneygiving.com/fundraiser-display/showROFundraiserPage?pageId=922735